How to Handle the Mistakes You WILL Make as a Smutlancer

As human beings on planet Earth, there’s one truism none of us can ever escape — we all make mistakes. I say this as a perfectionist who feels physical pain at the mere thought of fucking something up. Mistakes take many forms: regrettable business partnerships, poorly built websites, crap content, misspeaking, being factually incorrect, not thinking of the people around us. And that’s just the short list.

Making mistakes is universal. It’s how we handle them that determines who we are — or who we want to be.

Creating content, sharing information, educating others, and generally being a person in the world means we’re prone to mistakes. At some point, you’ll fuck up and someone will let you know you did. So let’s take a look at how to handle it and things to consider. 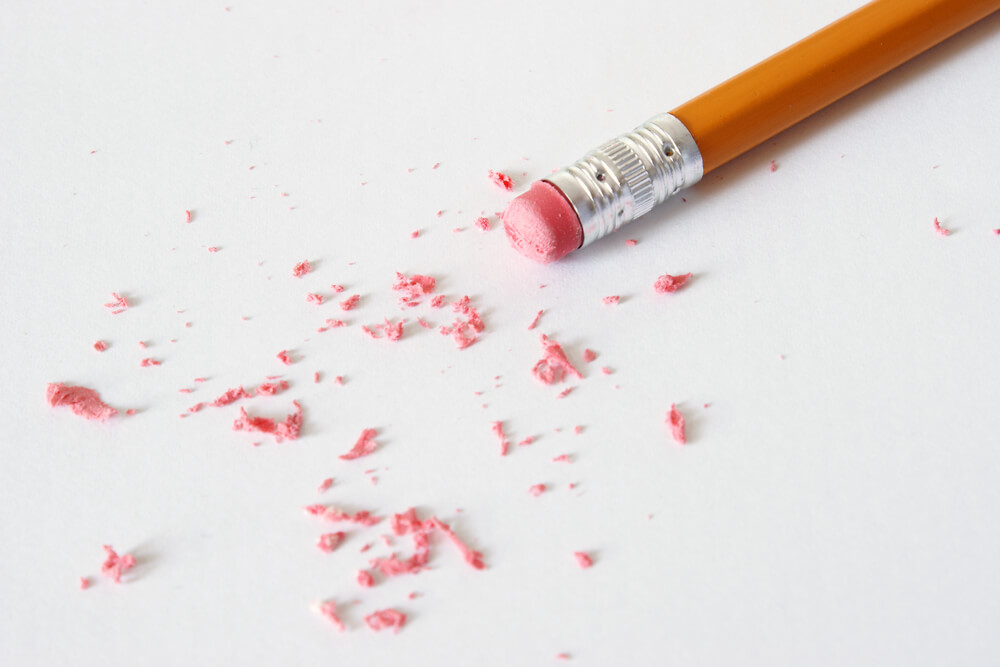 Did you share a factually incorrect article as a reference when discussing something about sex or gender? Have you called someone by the wrong name, shared an incorrect detail, or misgendered them in your content?

Fix it. Go into the blog post and edit it to reflect the reality. Remove the statement or paragraph. Write a sentence explaining that you were incorrect and you’ve fixed it. In writing, this is the simplest thing to do — just go fix it.

In audio or video, it becomes more difficult depending on the error. If I make a small mistake, I’ll talk about it in the very next video or podcast. “In the last episode, I said this, and I was wrong. This is what’s correct.” I’ll also use whatever text space (video descriptions, show notes, etc) to share the correct info. If an entire premise is wrong or you’re embarrassed or ashamed of the content because of the error, you may need to take it down completely. Consider the lost content a lesson learned.

Ultimately as soon as you recognize the error or mistake — or someone points it out, fix it. Sooner rather than later.

Sometimes we catch problems before other people do, and we can quickly and quietly fix it. But sometimes we don’t realize we’ve screwed up until it’s pointed out to us. We didn’t think there was anything wrong with what we said. It’s how we always speak. We didn’t mean anything by it; we thought we were helping.

At some point, we realize the mistake, and our mistake hurt someone. Unintentional, but it happened.

Apologize, but do it well.

I apologize or I’m sorry are full sentences. You can stop right there. Don’t add “if what I did hurt you” or “that you feel that way” to the end. Just…don’t.

This is an apology: I apologize that I did this. I am fixing it now (alternately “I will not do it again”).

When you add qualifiers like “if what I did hurt you” or “if you feel that way” you invalidate your own apology. You make it seem like the only reason you’re sorry is because you were called out or because someone brought it to your attention. That in any other context you wouldn’t be sorry at all.

Think About Impact vs Intent 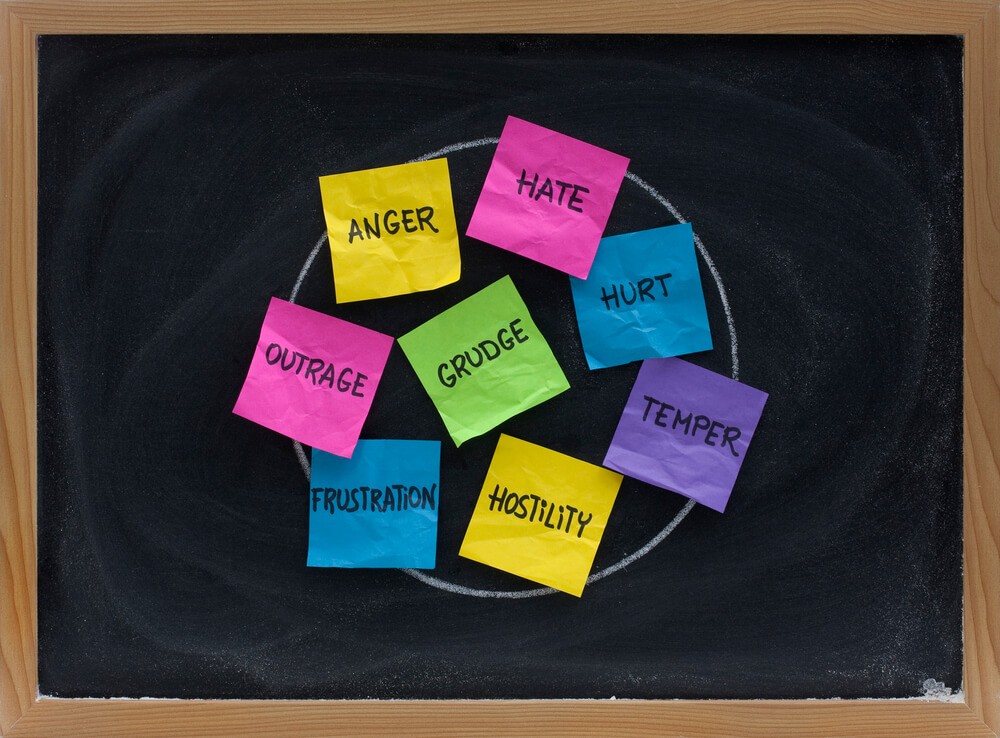 Some mistakes are easy to correct, and we all move on. Some involve real people and their real and very valid feelings. It can be difficult to navigate because you feel bad that you made a mistake and hurt someone, but you also know you didn’t mean to do it. (Alternately, you might hear what people say, but you don’t think you made a mistake — that’s a topic for another post.)

This is the difference between intent and impact.

If you think, “But that’s not what I meant, so it should be okay. No one should be upset with me,” it’s time to take a step back.

If someone said something false about you, put you in a spotlight you didn’t ask for, or generally hurt you in some way, you would be understandably upset. When you attempt to deflect someone else’s hurt or anger by saying, “But I didn’t mean it” you make your intent more important than your real life impact on another human being.

You don’t have to understand why something hurt or upset another person to acknowledge the validity of it. We can’t always understand every view point. But we all know what it’s like to be hurt by how someone treated us or spoke to/about us. Keep that in mind.

I used to struggle with the impact vs. intent thing. Because I want to believe I’m a good person who would never intentionally hurt another person. It bothered me that my good intentions didn’t earn me the benefit of the doubt. That people could still be upset by something even though I intended no harm.

I now understand that this is bullshit.

The reality is that you can be a mostly good person (none of us are perfect) and still fuck up. More importantly, your impact on someone else is more important than your intent. Your intentions are about you. But your impact is about other people. People who have their own history and experiences that impact how they see the world and their place in it.

The fuck up doesn’t automatically make you an awful human being. Even if someone decides they can no longer follow your content, subscribe to your newsletter, or listen to your podcast.

What indicates who you really are is how you handle the fuck up.

Sitting with Your Negative Feelings 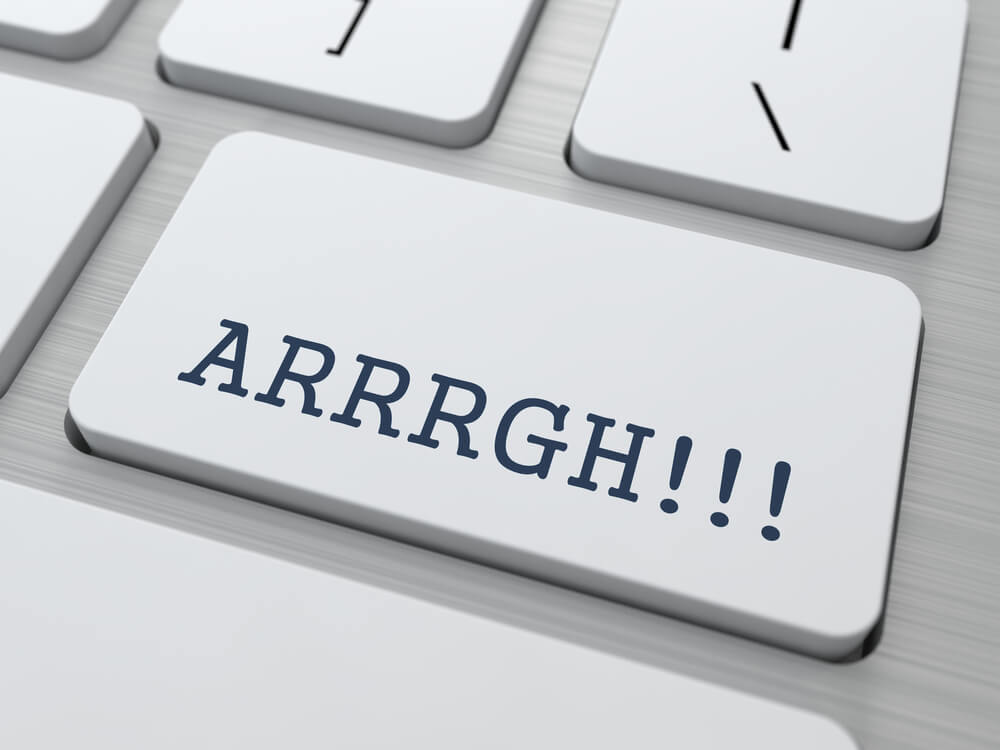 It’s really difficult to sit with negative feelings, with knowing someone is upset with you, that you can’t explain your way out of it. Especially if you’re a people pleaser. As a perfectionist and a people pleaser, it’s hard for me to admit, “I really fucked this up and someone may never like, respect, or trust me again because of it.” That’s painful.

But the only way we learn and do better is to let ourselves feel the pain, understand what we did wrong, and figure out to do better in the future.

Lashing out doesn’t help. Vaguebooking, subtweeting, or referring to the situation to anyone who will listen doesn’t help. Telling yourself that modifying your behavior or speech causes you harm definitely doesn’t help. (We modify speech and behavior all the time to move through the world.)

Have at least one person in your life who will do two things for you: listen to you rant, rage, and cry — and give you an honest opinion.

I don’t want to hear that I’ve fucked up because I don’t want to fuck up. But I need at least one person in my life who will say, “You done fucked up. I love you, and we’re okay, but that definitely wasn’t a good moment for you.” Thankfully I have two people like that.

It can be really hard to hear what feels like the “entire world” telling you about your mistake because they’re not going to offer comfort. (That’s not their job.) So if you’re feeling resistant to what you hear and how you feel, lean on that one person you can trust with the truth — who won’t just tell you what you want to hear.

Because, for some of us, that’s the real problem. Hearing we screwed up, hurt someone else, and need to apologize can hit us right in the “no one will ever like me again” feels. Which can lead to defensiveness, closing in on ourselves, surrounding ourselves only with people who agree with us, and never learning from the mistake.

What You Do After the Mistake Speaks Volumes

So…your good intentions won’t earn you a pass on any hurt feelings or harm. We’ve established that. What will? Are you doomed to be a pariah forever?

Of course not, even though it might feel that way in the moment.

The person or people impacted by your mistake are under no obligation to forgive and forget. They do not owe you absolution. Sometimes that’s the outcome of a mistake.  Others may be wary of you or see you in a different light. That’s another outcome you can’t escape. The reality is that most people won’t even know there was a problem. (It only feels like “everyone” knows.)

Earning back someone’s goodwill and trust comes from what you do next.

Don’t repeat the mistake. Let me repeat that for everyone at the back. Don’t do that thing again.

Learn what you didn’t know before. Ask better questions. Check yourself with someone you trust. Admit that it was a mistake in the first place.

Move forward in the world with the knowledge you’ve gained. Change how you handle your content, if necessary.

No One Expects Perfection…They Expect Effort

Let me give you an example of how you show who you really are and move forward from a mistake.

Back in the day, I frequently used very gendered language whenever I discussed D/s relationships. I would add a disclaimer that said something along the lines of “Anyone of any gender can be in a D/s relationship but I use “he” for dominant and “her” for submissive because that’s my dynamic.”

This would have been fine if I was talking about MY relationship. But I was giving general advice for any kinkster who found my content. And I left out a huge portion of the kink world in the process.

This is a mistake I didn’t get called out for (thank goodness) but I still did it. But I don’t do it anymore. I’m not perfect, and I may discover/make other fuck ups in the future. I have to live with that fact…and so do you.

Regardless of what your negative feelings tell you, no one expects perfection.

Ultimately, coming back from a mistake isn’t about telling everyone who you really are and expecting them to believe it. It’s about showing them who you are — someone who owns their mistakes, learns from them, fixes them (when possible), and does better in the future.