What is Imposter Syndrome? 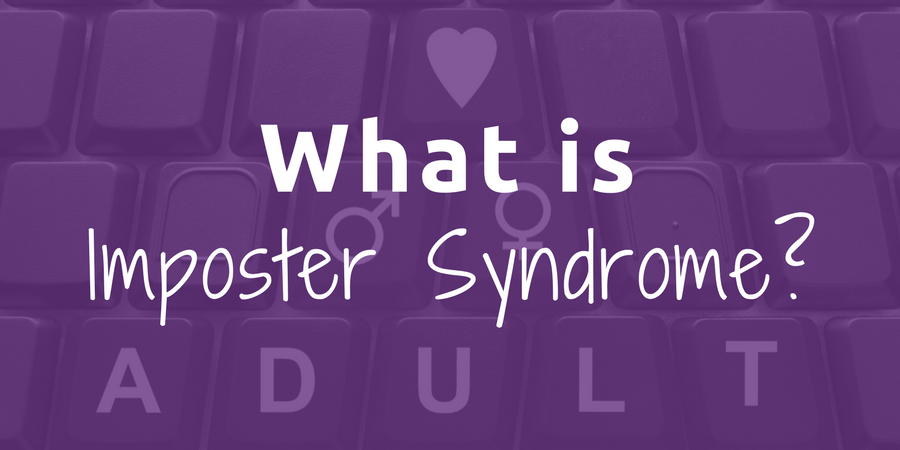 Have you ever asked yourself, “Who am I kidding? I’m not a…” Fill in the blank: real writer, good writer, good enough to get paid, don’t know what I’m talking about.

What about this one? “One day they’re all going to figure out I’m a fraud.” Assuming you’re not actually committing fraud, let me guess. You received praise. Someone was kind to you. Your boss showed appreciation. You impressed someone.

You, my friend, are likely suffering from Imposter Syndrome. Some call it insecurity or anxiety, but it’s a pervasive belief that you’re not smart enough, good enough, talented enough, or hardworking enough for the success you’ve got or want. It’s also the thing that can hold you back from trying new things, branching out, and building the writing life you want for yourself.

In a 1978 study by psychologists Pauline Rose Clance and Suzanne Imes, they discovered that some talented, intelligent, hardworking people have a distorted view of themselves. Essentially, these people don’t think they’re good enough or smart enough for the things they’ve accomplished. That it’s all dumb luck or that, at any moment, someone will figure out they shouldn’t be there, don’t deserve the honor, or aren’t as great, smart, or hardworking as everyone believes.

From the study, people “who experience the imposter phenomenon persist in believing that they are really not bright and have fooled anyone who thinks otherwise.” The original study focused on women, but it can happen to men, too. And in my experience, it’s not always about intelligence, although that was what this study found.

The Lies Imposter Syndrome Tells Us

Imposter syndrome, essentially, makes those of us who experience it believe we’re perpetuating a fraud on everyone around us. Any success we have – by any measure – isn’t legitimate or lasting. We didn’t truly earn it. We lucked into it. Eventually everyone’s going to figure it out.

When people say complimentary things about my work (and oddly, this only occurs with my work), I have enough manners to blush, smile, and say thank you. But in my head? I tell myself, “Don’t believe your own hype. You’ll fail eventually. And then you’ll be a disappointment.” Sounds awful, doesn’t it? Even though it’s empirically true that I will fail at things and I may even disappoint people, I can’t accept a compliment because I’m waiting for imminent failure and disappointment.

For other people, imposter syndrome says, “You don’t have anything new to say. You’re not a real writer.” It tells you, “You have nothing to add to the conversation. You don’t know anything of value. Your experiences are minimal.” Or there’s this: “Why are you even bothering? Once you put your work out there, the world will know you’re a fraud.”

I have no idea how closely (or not) anxiety and imposter syndrome might be aligned. Do people with anxiety have imposter syndrome more often? Does imposter syndrome get worse with anxiety? I don’t know. I only know my own experience as someone who has both generalized anxiety and social anxiety disorders who also gets gut-punched by imposter syndrome. The two together can paralyze you. On one level, my brain tells me I’m not as good as the other people I see online, that my ideas are silly, and I’ll probably fail. On another level, I become paralyzed between desperately wanting to do a thing because my rational brain says I should at least try and terrified of failure (and sometimes of success).

Being afraid of success sounds strange, I know. In my experience, that’s also a combination of anxiety and imposter syndrome. If I manage to make an idea work, I not only open myself up to criticism, the world will also see I got lucky. These are the lies my brain tells me. In one moment, my fingers are flying across the keyboard. The next, I’m paralyzed and mindlessly scrolling through Twitter thinking, “I’ll never be as good as…” whoever I happen to see doing interesting things.

I’m not a therapist and I don’t play one on TV. But I go to my therapist, once a month, to talk about the mean things my brain tells me (among other things). Talking things out doesn’t fix everything, but it has given me the skills to recognize when my thoughts don’t match my reality. Instead of being paralyzed by anxiety for days or weeks, I can usually bounce back after a couple of days. Instead of passing up opportunities because I believe I’m not worthy, I take a deep breath and say yes anyway.

I’m a proponent of therapy for those who have access to it. If you can go, consider it. But not everyone can, and that’s where good friends, writing things down, and building a support system for yourself can help.

Not everyone reacts the same way to imposter syndrome. For some it’s a nagging worry, and for others, it paralyzes. If you can’t just “get over it,” you’re not broken. We all need different things, and we all find ways of coping in our own way and on our own time. Things I’ve done? Talk to yourself the way you’d talk to a friend. Would you ever say things to a friend that you say to yourself? Probably not. Try to be kind to yourself.

What Does It All Mean?

Why does imposter syndrome matter? Because those feelings of being a fraud can stop you in your tracks. You didn’t write a blog post because you think you have nothing to say. Maybe you question whether you can make your writing goals a reality. There’s a good chance you’ll turn down offers to write or do other work for fear of being “found out.” What makes it worse is once that imposter feeling passes, you kick yourself for not doing more. It’s an awful cycle.

By recognizing imposter syndrome for what it is, you can begin to break the cycle. It won’t be easy. It’s something I have to deal with nearly every day. Maybe I haven’t overcome it yet (maybe you won’t either) but naming the feeling for what it is takes some of its power away. Once I acknowledge what I’m feeling, it becomes easier to push aside and move forward. I’m not saying it’s easy, only that it’s possible.

Do you have imposter syndrome? Feel free to share your experiences in the comments below or talk to me on Twitter!