Handling Criticism From Your Audience

I’m not sure today’s post offers any solutions or advice. It’s more of a thought exercise. There likely isn’t a single right answer (there usually isn’t).

That being said, I’m going to share a conundrum I often find myself in when it comes to handling good-faith criticism from my audience. And my example is going to be ridiculously specific but I think it translates to any feedback we receive from our audience.

(For the record — the moment you put something you make out into the world, you face potential criticism. Twisting yourself into knots to avoid ANY criticism stunts creativity. Learning and improving your skills reduces some criticism, but you’ll never avoid it all. It’s impossible.) 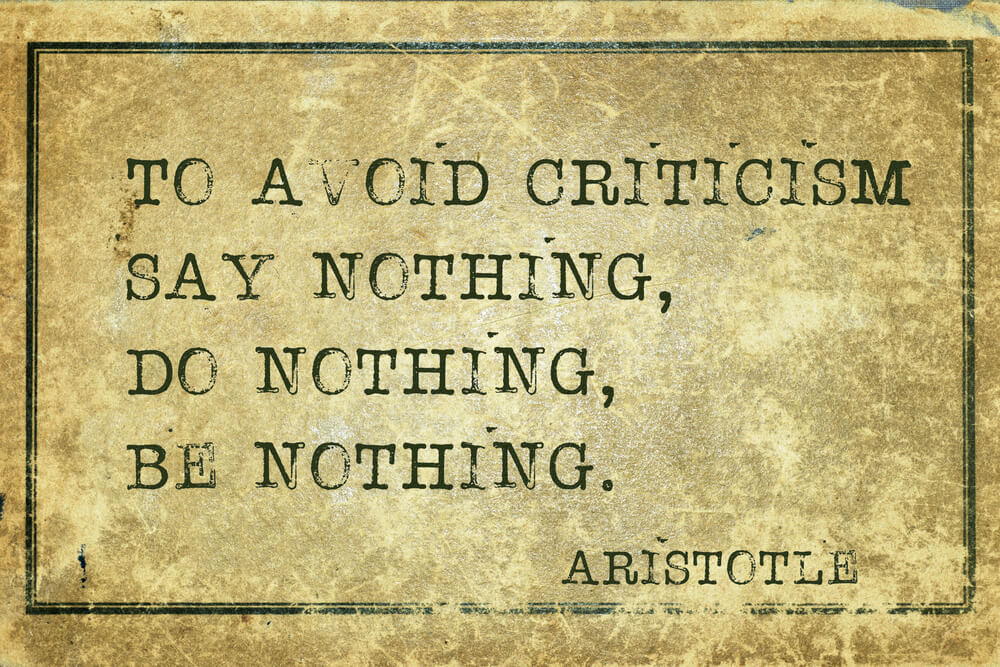 The question on my mind…

How much should creators modify or change to fit our audience feedback? (Note: this is not about trollish “feedback” of grossness but actual good-faith criticism.)

In general, if you’re creating personal content as a way to express yourself (say as a sex blogger who doesn’t care about growing an audience), the answer is “don’t” with certain exceptions.  We should, to the best of our abilities, use inclusive language and be sensitive to the fact that our experience isn’t the only experience or the single “right” way to do something. Also don’t be racist, sexist, transphobic, ableist, etc. Sometimes we only learn not to be these things the hard way (i.e. being told we were wrong — another form of feedback and criticism).

When we create for our audience — informational, entertainment, whatever — what should we change? Does sticking with certain things you’ve always done — the thing that likely drew in your core audience — slow down growth especially when someone asks for a change?

That rambly bit (at the end) is now a core feature of the podcast. It’s not for everyone, and I don’t expect it to be. But the people who enjoy it formed an identity around it as members of the audience. They call themselves “crickets.” (To explain that would take another blog post.) Core audience members self-identify with a part of my content that is purely personality driven. It still blows me away when I think about it.

In 2019, we started live streaming our podcast recordings. (I love making one piece of content that works in multiple ways.) Over time, with live streams, we learned to arrive and start streaming a few minutes before our advertised time. Why? Because tech problems suck, and we can’t afford to be 20 minutes late to our own recording. But I don’t start the topic until the advertised time. That wouldn’t be fair to people who followed the schedule.

We turned that early bit into another rambly section. Typically we say (multiple times), “If you’re watching later, fast forward by ## minutes to get to the topic.” We know not everyone wants to hear the rambles, and we respect that. That being said, like the rambly bit at the end, this new section has been adopted and named by a core section of the audience, which is the pinnacle of audience loyalty and interest, in my experience. Right up there with spending money. 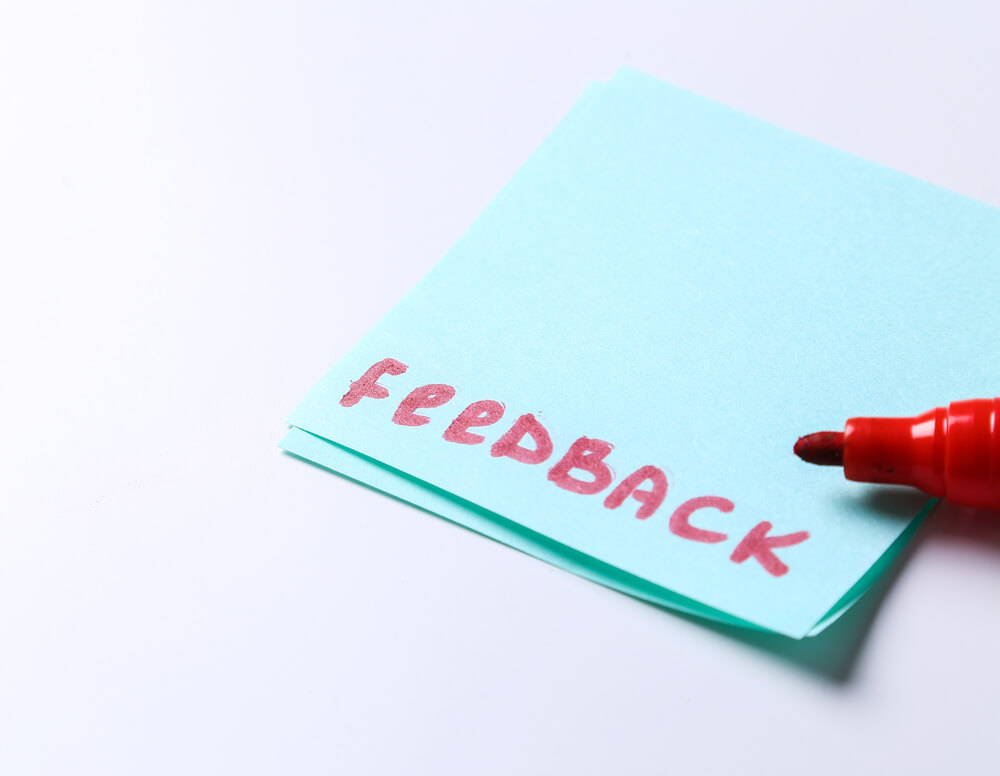 We received feedback today from someone who watched the video (after the live stream) and said they really wished we’d get into the topic sooner and ramble less. Now, in fairness, we forgot to tell people to fast forward through the rambly bit and by how much. That is definitely our fault and an easy improvement to make. (Yes, I hear the criticism and can make a definite change.)

But it brought to mind the question…is that criticism I should take into consideration? Are we stunting our growth by being too chatty, too rambly?

If you’re wondering why this feedback warrants a 1000+ word blog post, this is why:

It hit me right in my own insecurities. Do people really enjoy the non-topic content? Are we talking too much about ourselves? Does anyone really care?

I don’t have an answer to the first question, but I do have thoughts about it.

Your core audience is your most loyal audience.  These are your ride or die folks. When you ask for a tweet, a share, a link click, or (sometimes) money, they show up for you as much as they can. If they enjoy something you do, it’s worth doing (as long as it’s not detrimental to yourself or others). It’s important to listen to this part of your audience whether you have 5 people in that core audience or 500.

Sometimes a brand is personality driven and sometimes its information driven. Many content creators are a combination of the content they create and the personality they show online. For us, as we don’t call ourselves experts and aren’t actively “teaching” anything, we are the brand — our personalities, our thoughts, our relationship. Yes, we share information and what we think, but we also share ourselves.

It helps to know what people love about you — and to recognize it will be something other people hate. The positive feedback we get tells us that our core, loyal audience enjoys (or is fine with) some of our quirks (and rambles). For some people, they love everything, and for others, they might not, but they feel a connection stronger than a few minor annoyances.

There are always opportunities to improve but forcing an inauthentic version of yourself isn’t sustainable. We’ve all seen “fakes” find success but in general, people who have sustainable growth are their authentic selves. That doesn’t mean we can’t be the best version of ourselves or improve to better serve the audience. So if I’m a naturally rambling person AND people enjoy that about me, I should embrace that…right?

How I usually decide what feedback to accept…and what I don’t.

If you constantly chase what other people think about your content, you lose yourself in the process. Whatever content you create ought to be something that matters to you first, and then to your audience. You can’t and won’t appeal to everyone, and trying to is a losing battle.

When the “feedback” asks for information or a content style that I’m not interested in, it’s easy to disregard.

But when the “feedback” hits my imposter syndrome that’s when I begin to question things. (See the entire previous blog post.)

In general, if a criticism touches on something I know is a problem or I can see a clear solution to, I’m willing to work on it.

When the feedback/criticism is new (and never before expressed to me), I think about it but don’t automatically change.

If it comes from someone who found me five minutes ago and wants me to change everything, I tend to shrug and move on.

When core audience members (in this case, that tends to be members of our Patreon), say something, I give it considerable thought. But sometimes people ask for things I’m not willing to do.

Yes, I’ve made changes based on feedback and criticism.

I’ve also modified how I deliver content because I saw the need to change before I received negative feedback. We all need to improve our content because you can’t rest on “that’s how I’ve always done things.” But improvement doesn’t always mean a total change, either — sometimes it’s a modification or incorporating a new skill.

Ultimately, the answer is that there is no clear answer. We can’t chase approval or expect everyone to like us. We have to decide what’s important to us and non-negotiable, but also figure out what criticism we’ll accept and what we won’t.

But listening to feedback and criticism is important — as long as it’s given in good faith. (Feel free to ignore trolls and any “feedback” shared solely to make you feel bad.)