Lessons in Pitching: Making Two Preventable Mistakes at Once

Around 9:00 that September evening, I skimmed through one of the freelance newsletters I was subscribed to and noticed a call for pitches that piqued my interest. The editor needed stories about whitewashed historical events, and I figured Everyone has one of those.

When I saw the call, I was just a few weeks into freelance writing — or, at least, my attempt at it. Though my background included both a bachelor’s and master’s degree in a related field, I wasn’t a journalism school graduate. Nor did I have sufficient training in pitching, building relationships with editors, or writing many personal essays and reported stories. To educate myself, I signed up for various freelancing tutorials, workshops, and newsletters. I read articles and listened to podcasts. However, I wasn’t learning or absorbing the information quickly enough because I was doing the “spray and pray” method with my pitching.

I’d see calls for pitches in my newsletters, or, by my own volition, I’d find the masthead of publications I read and patronized. Then I’d think about my personal experiences and background, pull something out — however slanted — write a pitch, and send immediately without giving it much thought. In my overzealous haste to get my name and words out, I’d send out pitches with missing or unclear angles, ideas too similar to other stories they’d recently published, and, in the case of that particular September call, worse. 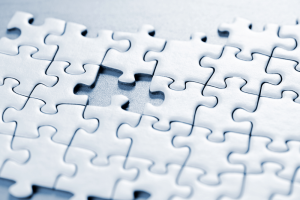 The “whitewashed history” opportunity included a link to the calling editor’s Twitter thread, where she outlined the specifications. I clicked on it to gather more information before settling on which story I’d pitch, still unsure if I even had one obscure or original enough, or at least one with an interesting angle.

Once I clicked, I was pleasantly surprised to see the editor was someone whose personal writing I’d discovered two years beforehand. I found her writing compelling, yet relatable, and I was excited at the possibility of working with her.

I reviewed her Twitter thread to look for any new information that I hadn’t noticed in the newsletter curator’s original post. But I didn’t check carefully enough.

In her thread’s first tweet, the editor noted that interested writers should send her a direct message (DM), and she also added “@writersofcolor” at the end. I’d seen other editors in the past request pitches through DMs, as opposed to emails, so I thought nothing of that. I’d also seen plenty of editors include @writersofcolor, @womenwriters, and several other tags to garner more interest and responses. Again, I thought nothing of it when I submitted my pitch later that night.

No amount of effort would have mattered on this one.

When I heard back from the editor about two weeks later, she first apologized for the delay in her response, which I appreciated, especially since many editors aren’t able to respond to every pitch they receive. Then she asked me a clarifying question, one that had to be asked since my Twitter image was a solid, baby pink circle instead of myself.

“Do you identify as a person of color?”

At that moment, my stomach knotted and my face flushed. I knew that I’d made a mistake. I’d overlooked a major component of the call for pitches. Well, it was that I hadn’t taken the time to investigate her publication. Plus, she didn’t explicitly state she was looking for writers of colors, but she shouldn’t have had to. After all, she tagged “@writersofcolor” at the end of her tweet, and, more importantly, her publication publishes strictly BIPOC writers, which I am not. Less than five minutes of research on her publication’s website would have told me that.

I felt embarrassed for putting my rookie status on display, and terrible for pulling time and attention away from the BIPOC writers meant for this opportunity and whatever projects or responsibilities she needed to handle. But then I made it worse. 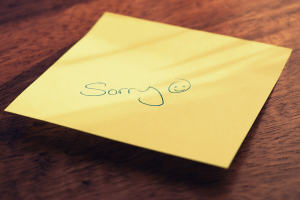 I wrote back with my apology, which got lost in my sorry attempt to save myself from the embarrassment. I explained how I misinterpreted the “@writersofcolor” tag as a “cc” (in other words, a call for inclusivity) rather than an absolute demographic. This no doubt further solidified my ineptitude at conducting proper research. In that same message, I had the audacity to express how I believed my story still had merit and asked her for suggestions on where I could send it.

It didn’t matter if I thought my story had merit, or that I was the perfect person to write it, or that I’d been as cordial as possible in my language and tone. This was not the publication for my story or for me, and it certainly was not the editor’s responsibility to pass along suggestions or contacts.

I shudder now at how I handled that entire experience, how I could have made such egregious errors in such a short amount of time and space.

That experience rattled me at the time and for some time after. I fretted that no one would ever commission any of my work, that I had thrown my only chance at freelancing writing down the proverbial dumper. But rather than take a defeatist attitude, I decided it was better to use this experience as a teachable moment to slow down, read carefully, investigate, and, when an apology is necessary, apologize and stop.