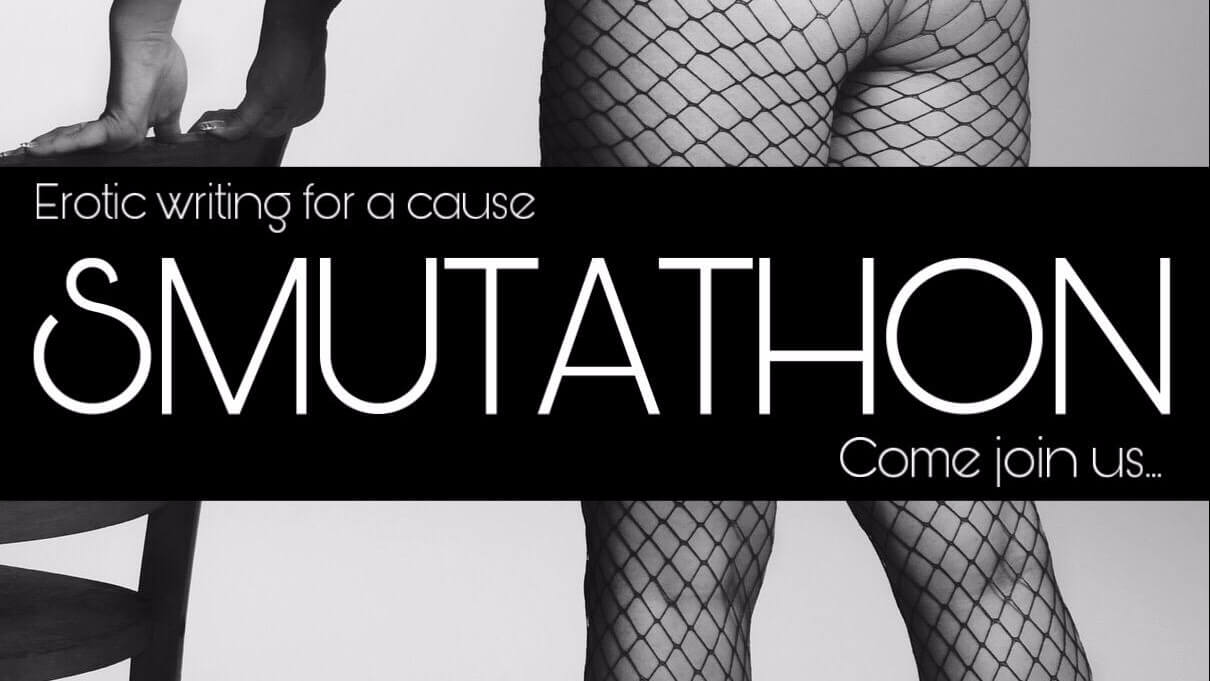 Editor’s note: A big thanks to Amy Norton for (once again) contributing great content to the Smutlancer site. This week, she discusses Smutathon, a project that raises money for worthy causes while also celebrating sex writing. In lieu of payment for this piece, a donation was made to this year’s Smutathon charity.

Smutathon (not to be confused with Smut Marathon!) was the latter.

I’m very into the idea of doing things to support causes I care about. But I’m not exactly the type of person who’s going to run a marathon or jump out of a plane. There is something I’m good at, and that’s writing. So what if, my brain said to me sometime circa 3 o’clock in the morning, we did a write-a-thon for charity sponsorship?

I put a post out on Twitter to see if there was any interest and suffice to say there was. Smutathon was born. What I’d originally envisioned as a very small and entirely remote event grew into something with participants all over the world. And, thanks to my wonderful blogging friends Exhibit A and The Other Livvy offering up their flat as a base, an in-person gathering for the UK contingent in London. We decided to write for 12 hours, from noon to midnight, with others dialing in remotely from wherever they were in the world. Everyone had their own challenge – whether it was words written, a number of pieces published, or just having the stamina to keep going for all 12 hours.

That was 2017, and we’re now planning for our fourth Smutathon.

We upped the ante for Smutathon 2018 (informally known as the #SmutForChoice edition), with eight of the participants decamping to an Air BnB in rural Cheshire. We made a weekend of it and, during writing breaks, enjoyed the lovely outdoor hot tub. In 2018, we raised £1,200 for the Abortion Support Network.

For 2019, a small contingent took Smutathon on tour and the in-person event took place at the Bellesa offices in Montreal, Canada. (Big shout-out to Bellesa for their generous sponsorship of the event!) In keeping with the international event, we took our fundraising across the pond too. And we raised just over $3000 for the National Network of Abortion Funds.

Which brings us to this year. We had big plans for Smutathon 2020, including the possibility of hosting the main event in Scotland. Sadly, COVID happened. We currently have no idea if it will be safe, legal, or possible for us to get together in September. But we’re not going to be stopped by the virus. Right now we’re planning Smutathon as an online event and will pull together a physical event quickly close to the time if we can.

For the first time this year, we hosted a launch party via Zoom. Several of our committee members and past participants performed some live smutty readings for us. We gave away some sex toys in a prize draw, and we unveiled our charity of the year. We’re incredibly excited to be supporting Endometriosis UK this year and were delighted to have two of their representatives join us for the launch party.

Smutathon 2020 will take place from noon to midnight UK time on Saturday 26 September 2020. All sex-positive writers and creators are welcome to join. You can dial in from anywhere in the world, and there’s no pressure to join for the whole 12 hours if you don’t want to. Our fundraising page is open and we raised over £300 on the night of the launch party.

You can learn more about Smutathon on our website. Read this powerful story to learn why supporting Endometriosis UK is so important. Find out how to get involved, and donate at our JustGiving page. We’re also on Twitter @Smutathon2020.

The Other Livvy @TheOtherLivvy (she/her)