How to Write Diverse Smutty Characters

Smutlancers are not exempt from the pressures to produce stories with a wide variety of characters. While it can be tempting to make a character a different race, or different gender orientation, or disabled, simply by stating they are does not mean the character is truly “diverse.” People are looking for representation of different life experiences and different points of view.

How do you create a realistic representation of someone who is different than you? Here are some basic tips and tools to creating diverse and realistic characters in your smut writing.

Talk to Lots of People 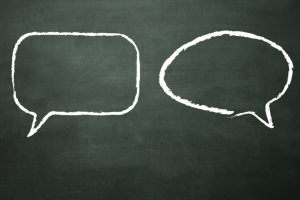 There is a distinct possibility that you are writing a character of a racial background where you have had little to no significant interaction with people of that background. Lack of substantial interaction with people is a huge drawback to trying to write a character! How can you understand how folks speak, see authority, date, and love if you have never had conversations about these things with someone of your character’s background?

Seek out ways to interact with a diverse group of people. For me, this has included working with a writing group that is diverse in terms of age, experience, race, sexual orientation, and ability. It even helped me write characters with my own qualities who resonate more with others. For example, I did a short story with a woman who lives with Bipolar disorder (something I have lived with for over three decades). The feedback from two other women living with mood disorders helped me identify blind spots in my own representation of mentally ill characters. 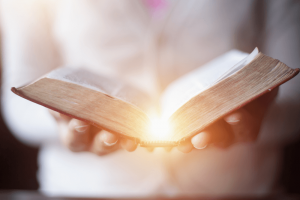 You are not the first person to write about a character with the background you are giving them. There are millions of pieces about characters with different racial, socioeconomic, ability, sexual, and gender orientation backgrounds. Read works known for their strong portrayal of the group you want to write about.

Read a diverse set of books about the background group. For example, if you want to include Latinx characters in your work, you may start by reading Junot Diaz’s works. Then explore Isabelle Allende, Carlos Fuentes and Elizabeth Acevedo. While your own work may not strive to their level of literary contribution, observing language patterns, family interactions, and relationships to power can help you incorporate these into your own work to make it more realistic.

It may be tempting to re-edit a work and simply change the race or gender of a character to meet a “diversity” standard for a publisher. This is the quickest way to create a token character. Ask yourself what the background of the character adds to the piece. Will making a character of a different race add dimensions to your work? Will they be a fully fleshed-out character or are they simply there to “check a box?” 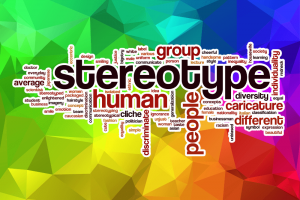 If you were raised in America, you were raised in a culture that trades in stereotypes. This is especially true when it comes to our sex lives. Black men are supposed to have huge dicks. Asian women are continually sexualized are portrayed as “exotic.” Black women are often portrayed as sexually promiscuous. People with mobility aides are never sexualized. Avoid these stereotypes in your own work.

Familiarize yourself with the history of sexual stereotypes, where they come from, and why they are problematic. A great place to start is the short dissertation of A.D. Haugen (link: https://core.ac.uk/download/pdf/187123376.pdf). Her reference list also provides a long reading list on the subject.

You may be tempted to change a character’s speech to a more stereotypical version to “add realism.” This may be “ghettoizing” the speech of a Black character (e.g., using “axs” for “ask”) or using broken English for an Asian or Latinx character. Unless there is a reason for this language representation (e.g., in the “mail order bride” novels, the bride is not necessarily expected to speak perfect English), avoid using colloquial langue to signify racial or class differences.

Colorism is the valuing of people based on how fair or dark their skin is within their ethnic/racial communities. Lighter skin, eyes, and hair are often portrayed as more desirable because they are closer to white beauty standards. Giving minority characters blue or green eyes, giving Black folks red hair, or Asian characters pale skin are all forms of colorism. A racial minority character should not have to be “close to white” to be written as a person who can be desired.

Be Careful with Adjectives and Tropes

Adjectives are a big part of how we describe characters. However, some common practices come across as racist or otherwise problematic. Using foods to describe skin colors should be avoided. Creating storylines about how a disabled person is desirable because they “overcome” their disability is off-putting. Likewise, making a fat character lose weight before becoming desirable is not “body positive.”

If you are writing about hair, make-up, or bodies, take time to learn how people within the group you are writing about describe these things. Learning the difference between twists, a natural, locs, and a fade may be important when writing Black characters. Understanding how different generations of queer folks use gender pronouns may be important for your work. This can take time and research but will add to your capacity to write truly diverse characters.

It is critical to ask people to provide you feedback when you start writing about characters different from yourself. Ask people of a variety of backgrounds and specialties (read: not all writers) to provide you feedback on your work. Ask them specifically about the characters you are trying to develop. Be open to their feedback. Listening to honest opinions about your work is critical to developing a real representation of diverse characters.

Taking in negative feedback on your work may be hard. When you begin to write diverse characters, you may make blunders. Listening to why your writing failed the authenticity test will improve your work in the long run.