I’m an anonymous sex blogger, and I won’t bore on at you about the reasons why I made that decision. Chances are if you’re looking to this article for advice, you’ve made the same one. As is your absolute right, in my opinion. You get to choose how to label your work, and yourself. The only thing that should concern others is making sure they respect the choice you’ve made. But how do you go about keeping your sex blog anonymous? Here are two overarching tips that have served me well over the years. 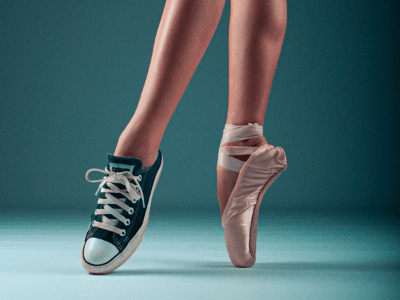 There are many technical questions surrounding how to keep your sex blog anonymous, and individual platforms will all have slightly different ways of sharing your data, linking profiles, and making those sneaky connections between your accounts. It would take days to go into detail about every single one (though there are some helpful starting points over at the Eroticon site), so instead of that I’m going to share the one overarching rule that I think is most helpful:

When you set up your sex blog, you will have to create lots of new accounts: social media accounts, email addresses, and of course accounts you can use for hosting and domains. The only time these things should ever be connected to your legal name is if it is absolutely, 100%, completely impossible for them to exist without that info. If you find yourself typing in your credit card details or legal name anywhere, stop and think first: do I really need to do this myself, or do I have a trusted friend who could purchase this for me if I send them the money?

For platforms where no money changes hands (email, social media, etc), create a totally separate persona and use that persona for all your correspondence. An email address that is not attached to your name, social media accounts that are entirely “in character” for your blog. Then – this is crucial – resist every single temptation to ever email, connect with, or do anything at all with people you know in real life. You’re two separate people, remember? Why would you share the same friends?

If you’re on Facebook and you’ve created a fake persona “Sally Bloggs” with which to administer your blog Facebook page, I know it might be tempting to friend your sex-positive real-life pals, but don’t. You don’t want any connections whatsoever between “Sally Bloggs” and whatever your real name is. Molly has some extra advice on Facebook over at her blog, and Kayla’s written a fab post on staying anonymous on social media here at The Smutlancer too. If you’re on Twitter, do not connect with real-life friends. And definitely don’t let apps “find friends from your contacts” if you don’t have a separate sex blog phone. Why? Because you’ll also be linked to these people elsewhere. Don’t email your friends from your sex blog email address.

Have two phones if you can including separate numbers, separate providers. Use a “pay as you go” rather than a contract phone for your sex blog, as a contract one will have to be registered under your real name. Ideally also have two laptops, or do all of your sex blog work through a VPN – especially if you regularly comment on other people’s blogs, because commenting here can expose your general location. This is real belt-and-braces stuff, and I personally can’t afford the “two laptops” option. But I use two separate browsers on my own laptop to try and make a distinction between ‘GOTN’ and me in real life.

As you can see, we’re quickly getting into technical details, but the key thing here is to remember that any individual getting by in this world will bleed data daily. Location data, info about networks and connections, and plenty more. What you’re aiming to do here is not to never bleed data – that’s impossible unless you’re incredibly tech-savvy. Instead, you’re trying to ensure that the data you bleed doesn’t all point back to the same place. Act like two separate people.

The personal: keep your own secret 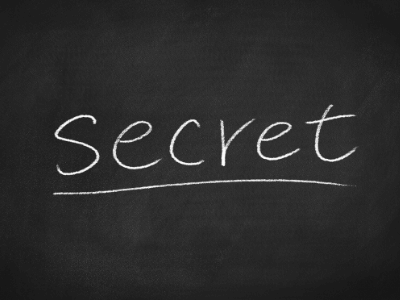 In the almost ten years I’ve been an anonymous blogger, to my knowledge no one has ever tried to out me on purpose. Plenty of people have outed me by accident, though. Why? Because the human brain – while complex and incredible – is also a total cowpat of a thing. Slow to learn and quick to fuck up.

When you get to know someone and they call you by a specific name, it doesn’t matter how mortified they’d be if they outed you, their brain will have established those connections between “you” and “name” already. So if you then bring that person along to a sex event, no matter how passionately they swear they won’t accidentally yell your real name across a crowded pub, guess what? They will! It’s human nature. Vice versa: if you know someone through sex blogging and you bring them to meet your real-life friends, don’t be surprised if they refer to you as “Fucky McSexface.” That is how they know you; it’s the brain connection they’ve formed.

So. In light of this it seems a little cruel to tell your sex blogging friends your real name and ask them to keep it a secret, no? You’re asking the impossible! Far easier and kinder to just not tell them. I mean it: don’t say “ah in private you’re welcome to call me [real name].” You’re asking them to form new brain connections which they’ll need to sever in an instant later down the line. It’s a formidable responsibility and a borderline impossible ask.

Occasionally you might think it vital to tell someone, but if you do choose to do this please don’t insist they call you by your real name behind closed doors but immediately switch to your pseudonym in public.

Likewise, if you’re emailing someone about sex blogging, use your sex blog name and email address! While people are mostly kind and will do their best not to accidentally out you, all it takes is one mistake with a “cc” instead of “bcc” and your real name is out there. We can ask people not to make mistakes, but I don’t think it’s ever fair to expect them to be perfect.

If this feels a little impersonal to you, my advice is to pick a standard-sounding “buffer” name that you can ask people to use for you. No one wants to refer to me as “Girl on the Net” – it’s a mouthful and it’s obviously not a “name” in the way most people recognize it. So not only am I always happy to be called by variations of this – GOTN (pronounced ‘gotten’), G, Girl, and even the adorable ‘Netty’ – I also have a couple of bland, easy names that I give people so they can refer to me by something “normal” sounding. Hi, I’m Girl on the Net but feel free to call me Sarah.

Having a bland “buffer” name that you can give people not only placates those nosy enough to dig for a “real” name, it allows you to have something you can get comfy with. Without any of the worries about being accidentally outed.

There you have it – my two key rules. Act like two separate people, and keep your own secret. It’s important to note that neither of these or even both together, will guarantee your anonymity. There are myriad ways for someone to find out your real name and a million mistakes that could expose you. But if you’re reading this chances are you care about this issue quite a lot, and you’re willing to put the work in to keep your sex blog anonymous. While you’re never guaranteed anonymity, as long as you keep this question front of mind when you’re working, you should have a fairly solid grounding in keeping your own secret.

It’s easier to keep a secret than it is to hide a secret once it’s been exposed. Above all remember that the best way to keep your sex blog anonymous is to not tell anyone who’s behind it in the first place.