Pitching and Rejection: What You Need to Know 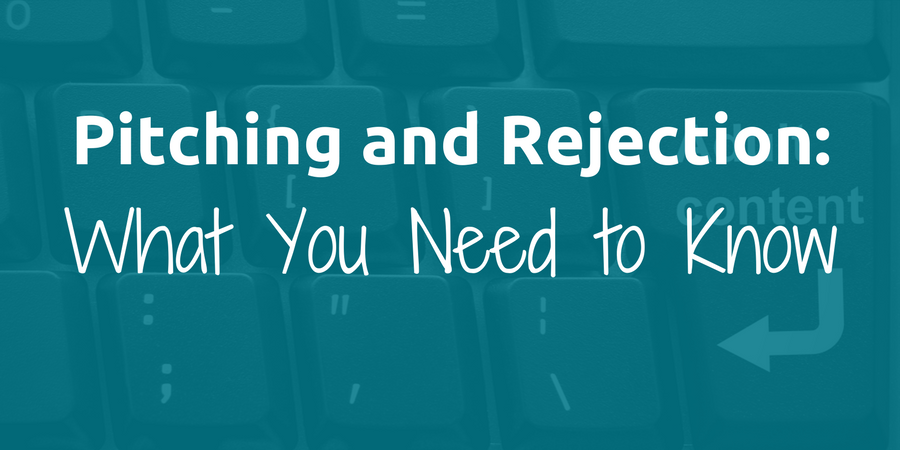 The first rule of creating content – smutty fiction, personal sex blogging essays, or topical and newsy ideas – is the same for everyone. You will be rejected.

At some point, at some time, someone (or many some ones) won’t like your ideas, thoughts, or musings.

It’s the nature of the creative life.

But there’s something especially difficult about putting yourself out there and suggesting an idea (ya know, when you pitch something) and having it rejected. It hurts and, for many of us, it can be soul-crushing.

The common wisdom is to “develop a thick skin” and while that’s true, it’s not easy, either. I don’t know everything about rejection but I’ve experienced plenty of it as a freelance writer. Here’s what I’ve learned…

Not hearing back from an editor or site you’ve pitched sure does feel like rejection, but it isn’t always. Sometimes, it’s that you got lost in the shuffle. I’d been freelancing for months before I learned it was okay to follow up on a pitch. You still might not hear back, but it’s worth a try.

Read the site’s guidelines first. If they specifically ask you not to email, follow their rules. If they ask for six to eight weeks, give them that.

Send a friendly email. Don’t write a novel. Something like “Following up on my pitch about…that I sent on…and wondered if you’d had time to consider it.” Forward the original pitch with your email so they have easy access to it.

Pitching is a Numbers Game

While there are more writing and content creation jobs than we realize, certain publications get a lot of pitches. No matter how brilliant your idea is, you’re still one of dozens, sometimes hundreds of other writers. Your ideas won’t be picked up by your first, second, or even third choice publication.

If you’re sure your pitch was rejected (see above), tweak it to fit another publication, and send it back out into the ether. Don’t copy and paste a pitch from one email to the next. Make sure your tone and ideas fit the place you’re pitching first. But don’t stop with one blatant or silent no. The more you pitch, the more likely you are to get someone to say yes.

One of my favorite rejections is from a website I’m still determined to write for – The Establishment. (I’ll get there someday…I will!) I’m used to rejected pitches being ignored. Part of that is because I pitch to publications that I know get hundreds of pitches a day or week. Part of it’s that I know that’s just how this life works.

This time, my pitch received a reply. It was a no, but a very friendly one. She said the idea was good but not quite right for them. She told me to keep trying. Cynics out there will say she was just being nice. Maybe so but busy editors don’t really have time for “nice.” They’re under as much, if not more, pressure than writers. Taking the time to say no thank you means an editor gave you 30 seconds they didn’t have to for encouragement. Cherish those types of rejections.

You Can Get Used to Rejection

I won’t say that every writer on the planet always gets used to rejection, that we always grow a thick skin eventually. Nothing works like that. But yes, it is possible. I’ve pitched often enough now that I’m more surprised when I get a yes. As I hit send, I remind myself, “That’s likely a no.”

That probably sounds depressing, but it’s more of a reality check.

Once I develop a relationship with an editor, I don’t do that anymore. I feel more confident that while all my ideas won’t be accepted, most will. Why? Because they know me, and I know them. But on that first email? I keep my expectations real, and over time, yes, I’ve gotten used to being told “No.”

Even Rejections Have a Purpose

Every minute you spend crafting a pitch, writing it up, and fleshing it out counts towards reaching your goals. It’s practice. And it’s another reason why the amount of pitches you send out is important.

The more pitches you write, the better you’ll get at it. Especially once you get a few accepted. You’ll hone your voice and become more concise. You’ll learn what editors respond to…and what they don’t respond to. So yes, it’s easy to wonder what the “point” of all those rejections is. The answer is that it’s practice.

Go for Broke and Be Realistic

I want you to reach for the stars as a smutlancer, but I also want you to be realistic. This sounds like conflicting advice but stick with me here…

Pitch the websites or companies you’re desperate to create content for. Buzzfeed, Cosmo, Teen Vogue, The New Yorker, whatever it is, pitch and keep pitching. You’re going to get a shit-ton of rejections but having a dream publication is a worthy goal.

At the same time, look at little lower. There are many fine publications you’ve never heard of who would love your ideas. Maybe no one knows they exist. It doesn’t matter. If they like your idea and will pay you, they’re legitimate and you should write for them. That editor might move to a bigger publication – and remember you. A clip from a no-name website might be what convinces a bigger name to hire you. And if nothing else, you’re getting PAAAAAIIIIDDDDDDDUH! If that’s not reason enough, I don’t know what it is.

And eventually, with enough experience, pitches, and yes, rejections, one of your dream publications might say yes.

Okay, over to you. What have you learned from pitching publications and being rejected? Anything that you were able to use in future pitches? Share in the comments or on social media!