Consent and Confusing Contracts: Top Tips Before You Sign on the Dotted Line

As a Smutlancer, have you ever found yourself being presented with a long and complicated contract? I know I have. Sometimes it’s an NDA, other times it’s a licensing agreement where I have to sign to say someone can use a particular piece of content or publish my work. If it’s a book contract, and you have an agent, you can rest easy knowing that they’ll deal with the details. But when you’re working on your own, and you’re definitely not a lawyer, these contracts can be confusing and frightening to navigate. Thanks to an excellent lawyer, and a few years of experience with contracts and Smutlancing, I wanted to give you an overview of some of the key things to be aware of when a client sends you a contract, and highlight why contracts are like sex: your informed consent is absolutely vital. 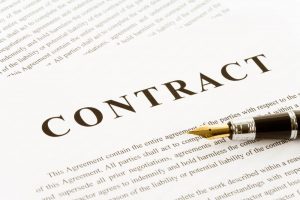 This is the issue I’ve often had with agreements others have sent to me. As a sex writer, I care a lot about consent, so any contract which is impossible for the layperson to navigate misses my core business goal of ensuring everything I do has consent at the heart. The word ‘consent’ has some very specific meanings in law – particularly in regards to data protection – but in this article, I’m using it in the fluffier layperson’s sense rather than a strictly legal one: the way you understand consent for your sexual interactions is the way I want my business relationships to work.

Consent should be informed and specific – so people know exactly what they’re agreeing to, and their agreement on one thing doesn’t count as blanket consent for everything. Ideally, too, because I’m not paying huge amounts of money, any agreement should be easy to digest on a very quick reading. It’s no use paying someone for their work if they have to put in two extra hours just to understand what’s going on in the first place.

Instead of writing a long, complex licensing agreement in legalese, he wrote something in plain English, with an explanation of technical details as well as a cover sheet that allows people to tick to opt into their work being used in different ways. The aim of this was to do two things:

1. Ensure that writers knew exactly what they were signing up to – including information not often placed on agreements like this, where we state what I can’t do with their work as well as what I can.

2. Give them the option to consent to some parts but not others – for instance, they can allow me to use their work, but not allow me to sub-license it to others. If they want to make extra money from sub-licensing? Cool. But it’s not compulsory, and their consent for it isn’t assumed.

This might not sound very radical, but compared to some of the agreements I’ve been sent, which involve me signing away any and all rights to work if I want to get my money, the clear and consensual nature of what Neil created was astonishingly refreshing.

Once we’d hammered out the agreement, Neil suggested another step: Send it round to some of the writers I’d already worked with and ask them for feedback on bits they didn’t understand. That way we could double-check our own working and be satisfied that it wasn’t just clear to us, but to the people who mattered at the other end of the deal.

This is unusual, of course, and it’s why I rate him so highly. He understands exactly why this matters in the context of the work we do as smutlancers. But most of the time when you get a contract, it will have been written for the client, and chances are they won’t have gone through these steps to make sure what you’re signing is clear and consensual.

Here are a few of my top things to remember when dealing with contracts if you’re presented with one you can’t make head nor tail of. 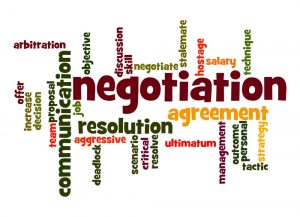 The most important thing to remember is that a contract should reflect what both parties want. Don’t be intimidated, or put off if the other people involved say that their contract is “standard” or “non-negotiable”. If what you see doesn’t work for you, make a proposal for a change. You might not always get everything you want — that will come down to your bargaining power — but, if you don’t try, you definitely won’t get it.

If you’ve agreed to do a set piece of work for someone, over the course of 6 weeks, and for that work to be published on their website, then that’s exactly what you should expect the contract to say. If the contract comes through with a bunch of extra terms – that you should also tweet it or link to it on your website, or that they want to have the right to record it as audio in the future as well, for instance – you are fully within your rights to question these terms or set out what your increased fee would be for the extra work. I once agreed a set amount of work with someone for a particular price, then when they sent through the contract for work they’d automatically doubled the amount I was giving them, without actually mentioning this in email.

Others have tried to slip in clauses about me tweeting or promoting work, including artwork (or rights to artwork) that don’t belong to me or adding links to their website from mine. If I’d been desperate for the money or too busy to read properly I might have signed, but instead, I flagged the issues, and for the most part, those elements were changed. You may not always get exactly what you want, but it’s perfectly normal to ask for this or that clause to be reconsidered if the contract is not what you expect.

You should understand everything you’re signing up to

Sometimes you’ll come across a contract that confuses the hell out of you but which broadly sounds OK. There are no new clauses or sneaky additions, it’s just that some of the language makes little sense. This one’s easy, and I’m not going to tell you what to say or do, just empower you to know that you’re allowed: ask.

In contracts, as in sex, it is always OK to ask. You wouldn’t agree to a round of perineal stimulation if you didn’t know what ‘perineal’ meant, so don’t feel you have to agree to a contract if you don’t know what ‘worldwide rights, in perpetuity’ means. Anyone worth their salt who works with you should always be happy to explain the work you’re doing. Of course, your client has their best interests at heart – not yours – but they should still be happy to explain things to you. If it’s something that’s really important to you, you may want to check with someone you trust rather than asking the client directly. But if the client you’re asking gets angry that you need an explanation? That’s a red flag so large you could probably see it from orbit.

You do not have to sign your ‘real’ name

This one’s going to come with a boatload of warnings about the fact that the law may be different in your country, but the gist of it is: I have signed many, many contracts as ‘Girl on the Net’ or even just under the name my company trades under. Usually, I ask the client first if they’re happy for me to sign this way, other times I just sign ‘as’ GOTN and see if they ask. If I’m honest, I’ve always been a little nervous about this: what if one day someone tries to sue me for fraud or misrepresentation? I think I am more accountable as ‘GOTN’ than I am as my real-life name with no reputation attached, but if someone cares a lot about my real name, then perhaps this reliance on pseudonyms is an issue?

Not so, as Neil explained to me:

“Most contracts under English law (barring a couple of key exceptions like the assignment of copyright and contracts with no ‘consideration’ – i.e. where no money changes hands) don’t require any signature at all to be valid. If you think about it, the majority of contracts you enter into in your day to day life don’t have a signature. The purpose of a signature is mainly to create some semblance of proof that a) these specific people entered into an agreement and b) these were the terms of the contract. A signature is not a perfect solution for either of these – fraud is easy – but it is a common, well-established approach.”

So in the case where you’re entering into an agreement not under your ‘real’ name but as Smutty McSmutlancer, the key thing is that it’s you who is agreeing to these terms, not that the squiggle on the dotted line matches perfectly with the name written on your passport. Remember how back in ye olden days, people who couldn’t read or write would sign contracts with an ‘X’? Those contracts still worked – the name itself was not the most important thing. To bring this back to our sex analogy: you can consent to have sex with someone even if you only met them on Twitter and know their name as ‘HardGuy265’. When you say ‘yes’ to HardGuy265, you are saying yes to him as a person, not him as he’s listed on his drivers’ license.

Inevitably, as we’re in areas of law here, I have to point out that the law on these things may be different in your country. But the core rules remain the same no matter where you are in the world, or what you’re signing. When it comes to contracts, your informed consent is important. No one should ever pressure you to sign on a dotted line if you don’t understand the text above. One of the most empowering things you can do for yourself as you navigate your Smutlancer journey is to remember that it’s always OK to ask for clarification, and it’s always OK to negotiate.